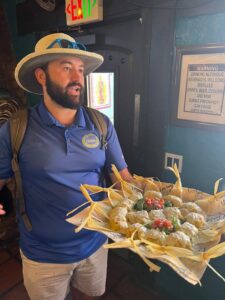 Born in Stuttgart Germany 1988. Dad was in the air force which led us to move to Tucson. After loving Tucson my dad retired from the air force and made Tucson our permanent home. Copper Creek elementary, Wilson middle school, ironwood ridge high school, pima community college, then transferred to the university of Arizona and graduated with a general studies degree with an emphasis in industry and economy.

Lover of all sports and was a student athlete in college and played ultimate frisbee. My dad and all his family is from Pittsburgh so we love the Steelers, penguins, and pirates. I root for the Phoenix Suns in basketball and love the wildcats for all college sports and especially basketball

Have gone to multiple of all the those teams games. I enjoy traveling as often as possible. Some of my favorite trips have been Jamaica, Europe, and Thailand. Bucket list is to go to all the major league ballparks and have done about half so far.

I enjoy family time with both my mom (Jodi) dad (David) my older brother Tyler, and my oldest brother Matt and his wife Laurie and their three kids Caleb, Josh, and Ashlyn.

Served and bartended through college, then went into sales, then became a tour guide for the Tucson Food Tours. Love to dine on different food and try new restaurants. And when I’m not being a your guide I do Uber, Lyft, and Door Dash. 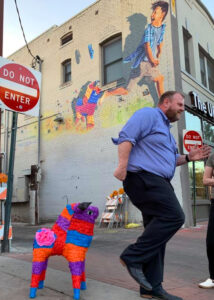 Tom’s lived in Tucson for 25 years and had no idea how special of place it truly is… until he found a museum in the middle of downtown that shoots a canon off on Saturdays.  That discovery launched an unending quest to know more.  He hosts a radio show every Sunday called “Life Along the Streetcar”- focused on the past, present, and future of Tucson’s urban core.

Tom’s day job is helping local Tucsonans buy the homes of their dreams. Learn More about Tom Heath at TheHeathTeam.com 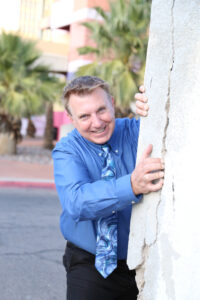 Darren is from the east coast, born on the coast of North Carolina and lived along the eastern seaboard. After 25 years in New Hampshire, it was time to get out of the cold and move to Arizona. He has embraced the southwest in Tucson for the past 16 years. Darren is a big gardener, history buff, foodie and scuba diver. Darren enjoys traveling/exploring and visiting the cultures of other countries people.
Favorite saying: Let the world be your oyster.

Darren is also an experienced REALTOR in Tucson, learn all about his passion for real estate at SeeTucsonHomes.com

Tony Ray has a passion for Tucson and everything it offers.  So much so that he has thrust himself into the role of ambassador of Tucson which dovetailed into his second passion, real estate.

His family arrived in Tucson from Elmhurst, Illinois, in the early 60’s and never looked back.  As a REALTOR® and webmaster, Tony has helped thousands of people realize the magic of Tucson, also.

Tony Ray only appears to be a mild-mannered tour guide, in reality he’s a Rock-Star Real Estate Agent. Uncover his true identity at SeeTucsonHomes.com 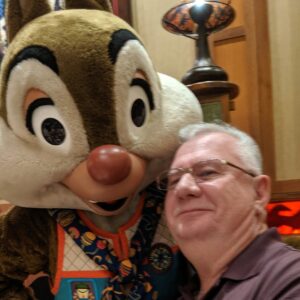 Dale is a Tucson Native and calls Tucson, “My Town”. Dale has successfully created multiple companies which are all in business today! Learn more by picking up a copy of  “Coffee News” at your favorite diner. Dale’s favorite things to do is sharing his knowledge with others and traveling anywhere by ground, air, and cruise ship. Dale has no love for ice or snow and stays in warm or hot. LOL, weather at all times! Welcome to “My Town”.